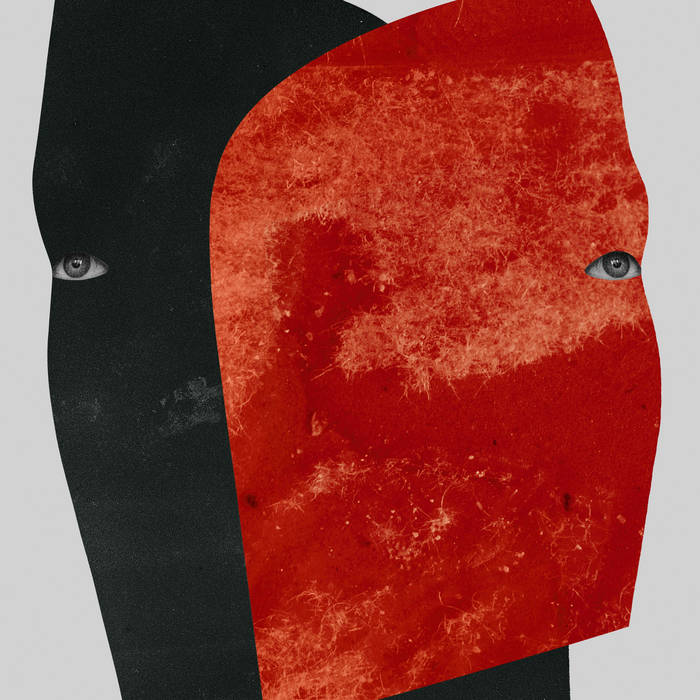 Evan Lahti When I listen to this I am standing alone on the precipice of a desolate moon ridge, overlooking the infinite. Favorite track: Untravel.

Stéfan Németh Hypersensorial and intricate...a kaleidoscope of soundscapes and landscapes, each beat and each atmosphere meticulously crafted to display a wide range of human emotions and moods. 'Persona' can at times be described as a museum of human feelings, where each track, from the more intense 'I Think So' 'Persona' and 'Sun's Abandon' to the more introvert 'Unfolding', 'Dreamer's Wake' 'Untravel' all appear as harmonic tiles within a grander opus, focused even in its sparseness. Favorite track: Dreamer's Wake.

Nicholasw ...I'm gonna have to get hippie here: the sound of this album, in my mind, postulates that once an artificial intelligence reaches the moment of singularity, it will not destroy human existence, but reach out to humankind and heal our minds. Texturally, Persona gives me the vibe of the sun-bleached stone wall of some Mediterranean villa, bordered by impossibly blue water, and also a mind searching through the cosmos... Favorite track: Untravel.

The title ‘Persona’ was inspired by Ingmar Bergman’s film of the same name, specifically a shot in the opening credits of a child reaching out to touch a woman’s face on a screen, which is shifting between one face and another. This powerful image struck Ryan and it inspired the album’s main theme — an exploration of the persona, the difference between how we see ourselves and how others see us, the spaces in between; between states, people, light and dark, the inner persona and the outer persona.

“My music is generally inward looking. I like finding something about the self within music, that doesn't have to be specific but maybe asks something or reveals something. This record is a continuation on the self through electronic sounds. Like Legowelt once said ‘a synthesiser is like a translator for unknown emotions’, which I think sums up what I am trying to do. I think all these emotions we have make up our persona. So in a way by finding new ones you alter or expand your persona. And that is what I want my music to try to do. I deliberately aimed to be more sonically diverse with this record. I wanted to experiment more. I wanted to create new sounds and new emotions.”

Recorded at his studio in south-east London, ‘Persona’ benefits from Ryan’s exploration of a dynamic production process that combines analogue-heavy synthesisers, acoustic and electric instruments with a shoegaze-level obsession with effect pedals. A greater depth of emotion and confidence can be heard across the album. From the deconstructed movements on‘Unfolding’ that starts the album with a snap of delayed snares, the apocalyptic drones of the title track and thundering drums in ‘Phantom Grip’to more restrained ambient feels of ‘Dreamer’s Wake’, ‘Rest’ and ‘Untravel’. The latter transverses six beatless minutes of undulating melodies representing “a limbo space, a feeling of ennui, of not really ever being known to others and others not ever really being known to you”.

‘Be Kind’ reveals a musical connection with fellow Erased Tapes artist Nils Frahm, with its minimal approach and improvisational nature. On the more complex sounding ‘I Think So’ Ryan aims to replicate a colour collage with sound. Like a musical kaleidoscope, a flashing and convoluted mass. Written after he saw Slowdive perform live last year, ‘Hidden’ builds from whispers to landscapes of controlled noise. In an interview with XLR8R magazine, Ryan explains: “once you start trying to make a sound loud, then you turn your back on thousands and thousands of sonic possibilities. One of the best things to do is to start a track with a really quiet, weak sound.” Taking this idea to its ultimate conclusion, ‘Fragment’ closes the album as an innocent sounding ambient piece, almost nursery rhyme like, yielding time for reflection on how the persona has changed.

‘Persona’ follows the success of a series of releases — the ‘Odyssey’and ‘Sonne’ EPs, long player ‘Howl’, and 2016’s mini album ‘Night Melody’— that saw Ryan mature into what Pitchfork has called a “forward-thinking electronic musician with his own ideas about sound”. Atypical of instrumental-electronic music, Ryan has achieved a signature sound that’s unmistakably identifiable as Rival Consoles. Going beyond typical electronic music production, Ryan defines it as “songwriting with an electronic palette of sounds”.

The increasingly dynamic live audio-visual show, born from bespoke performances at the Tate and for Boiler Room at the V&A Museum featuring self-programmed visuals in Max/MSP, has propelled him to play around the world. Ryan launches ‘Persona’at London’s XOYO on 12th April with further dates to be announced.